On 27 November, 1883 the Governor of Western Australia, Sir Frederick Napier Broome, declared that there would be “a townsite on the North Western point of Roebuck Bay hereafter to be known and distinguished as Broome.”

Broome was not driven by ego. He did not name the town after himself. The Western Australian Surveyor–General, John Forrest, had named the town. However it was Broome who proclaimed it. He was, however, less than impressed with the settlement claiming that it was nothing more than three graves and a few itinerants.

He didn’t realise that it would attract over 300,000 tourists every winter and become one of Australia’s most famous holiday resorts! 😎☀️ 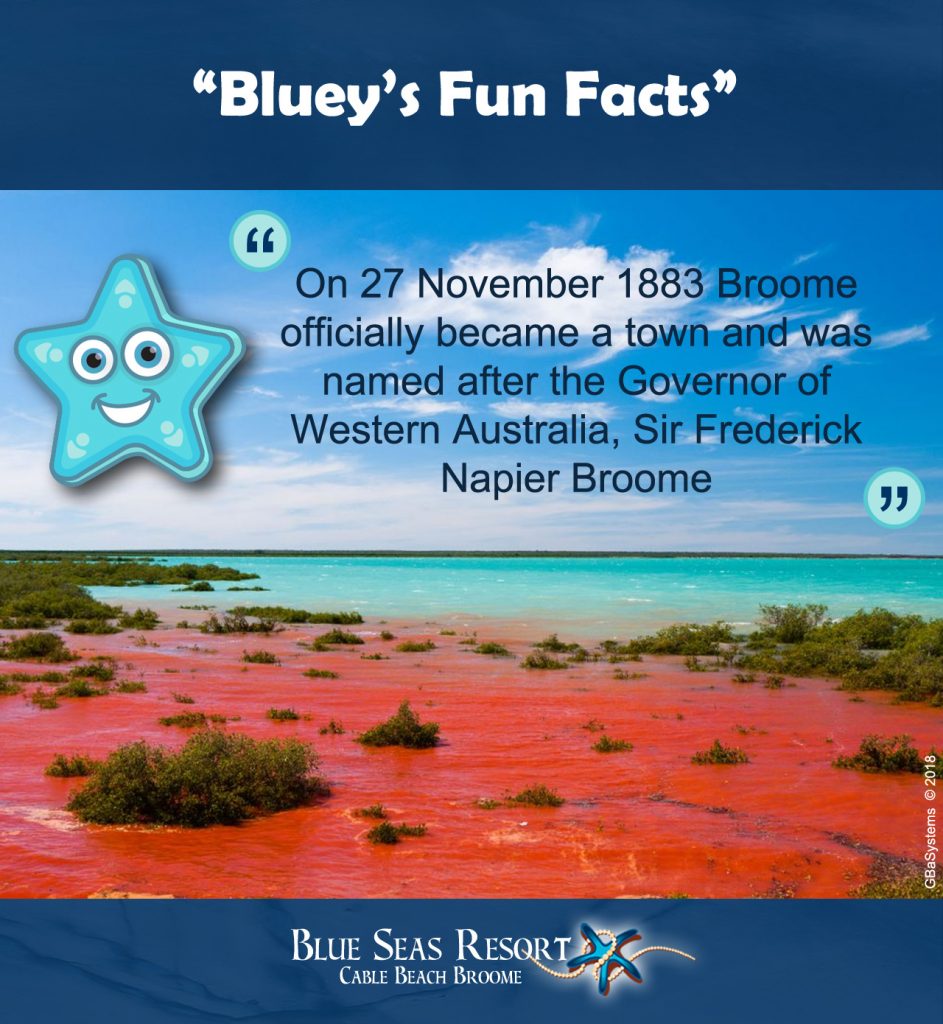